JQUERY: How to tag selected text using textbox as tooltip

I'm building a website where i have pages with lot of text.

I need the ability to select text and than tag it with name and add it to list at the top of the page. the text can be very long so i'll have to use some tooltip for that.

i want something like that picture i illustrated with photoshop: 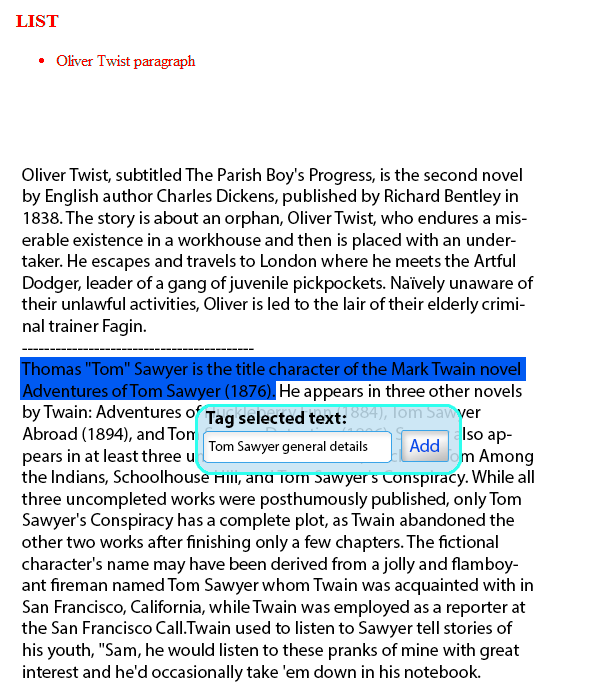 this jsfiddle is the closest i could get to what i want but its still not eneugh.


i saw some tooltips that may be helpful:

I don't know if this is what you were asking for but here is a solution for showing the tooltip next to the selected (or highlighted) text.

I first get the coordinates at mouseup