Using an authorization header with Fetch in React Native

I'm trying to use

fetch
in React Native to grab information from the Product Hunt API. I've obtained the proper Access Token and have saved it to State, but don't seem to be able to pass it along within the Authorization header for a GET request.

Here's what I have so far:

The expectation I have for my code is the following:

The error I'm receiving is the following: 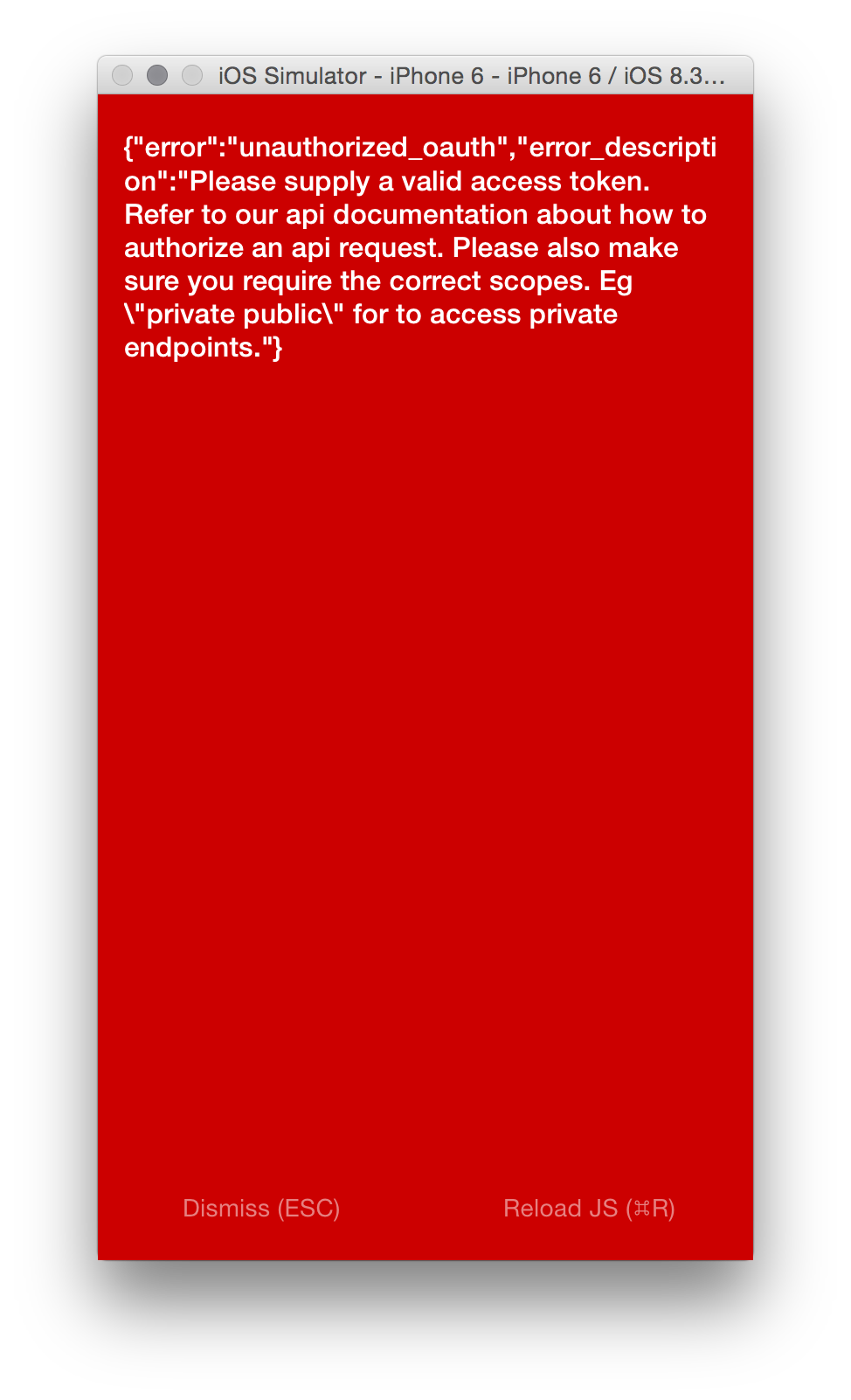 I've been working off the assumption that I'm somehow not passing along the access token properly in my authorization header, but don't seem to be able to figure out exactly why.

It turns out, I was using the fetch method incorrectly.

fetch expects two parameters: an endpoint to the API, and an optional object which can contain body and headers.

I was wrapping the intended object within a second object, which did not get me any desired result.

Here's how it looks on a high level:

I structured my object as such: