How to implement contract testing when kafka is involved in microservice architecture?

I am currently working on a project where we have kafka implementation in micro service architecture. Were you successful in creating contract test cases for mS to kafka topic interaction please using pact-jvm ?

Pact-JVM supports Message Pacts, which encapsulate a message that is consumed (one way) over some mechanism, normally a message queue. The idea is to test the consumer code can consume the message via a consumer test, and then verify that the provider generates an appropriate message. The actual message queue is not used in the test.

This was originally developed to apply contract tests for micro-services communicating over a Kafka message queue.

The tests are done in two parts, just like Request-Response Pact tests, except the Consumer reads the message during the consumer pact test and if successful a pact file is written. Then the provider code is called to generate a message, and that is compared to what is in the pact file. 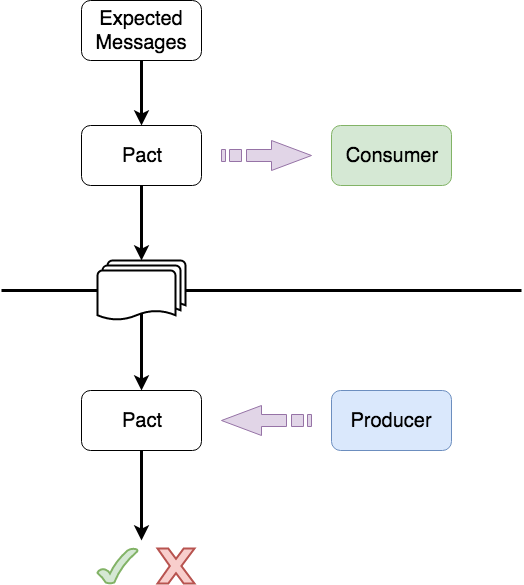 The relevant sections of the Pact-JVM docs are:

Email codedump link for How to implement contract testing when kafka is involved in microservice architecture?