I'm have included Crashlytics in an Android project. Now, I'm testing that crash reports are sent correctly. I have forced a the same crash seven times and the dashboard shows them properly. However, it says that there are 7 users affected by the crash, when all these crash have been caused by the same user: 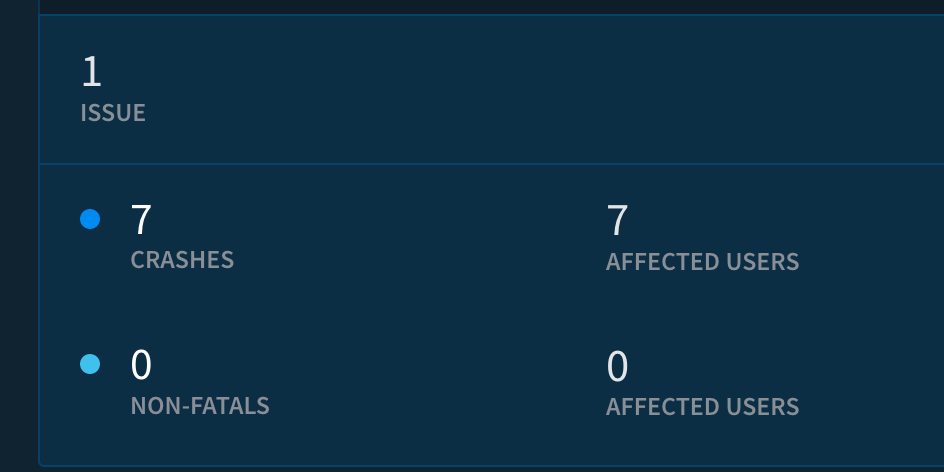 FYI: I use this method to identify uniquely the user (called every time the app is launched):


I used the email to identify each user.

I have exported the Ids of the issue ("Export Ids" button)and I get the next info:

In this report, there are only two users (because I use different log user methods) and the count of crashes are displayed correctly.

This can happen for a couple of different reasons. First, we don't try to track a user across multiple devices or installs of a device. If some one installs the app, removes it and then re-installs the app even on the same device then they will show up as a new user. This could also happen if you're testing on the simulator in many different devices.

Not all apps use the custom user identifiers available in the export of "User Ids" so we don't rely on that data to track a specific user which is why you'll see a difference between the custom user data and the users set in the Fabric dashboard.