At this page: https://developers.google.com/java-dev-tools/download-wbpro, there is no option to install WindowBuilder Pro to Eclipse Juno (4.2).

Also, is there a better free alternative to WindowBuilder Pro?

As Sean Lynch noted in his answer WindowBuilder is included in Eclipse IDE for Java. Actually, it was already included there since version 3.7 (Eclipse Indigo), which was released in year 2011.

It is not installed by default in Eclipse.

The new WindowsBuilder Pro home page is here: http://www.eclipse.org/windowbuilder/
On that page, in the "Current Status" section on the right, it says (emphasis mine):

"Welcome to the new WindowBuilder homepage!"

How to install WindowBuilder in Eclipse.

1) Copy the correct link for your version of Eclipse from the Update Site column (Release Version) on the download page: 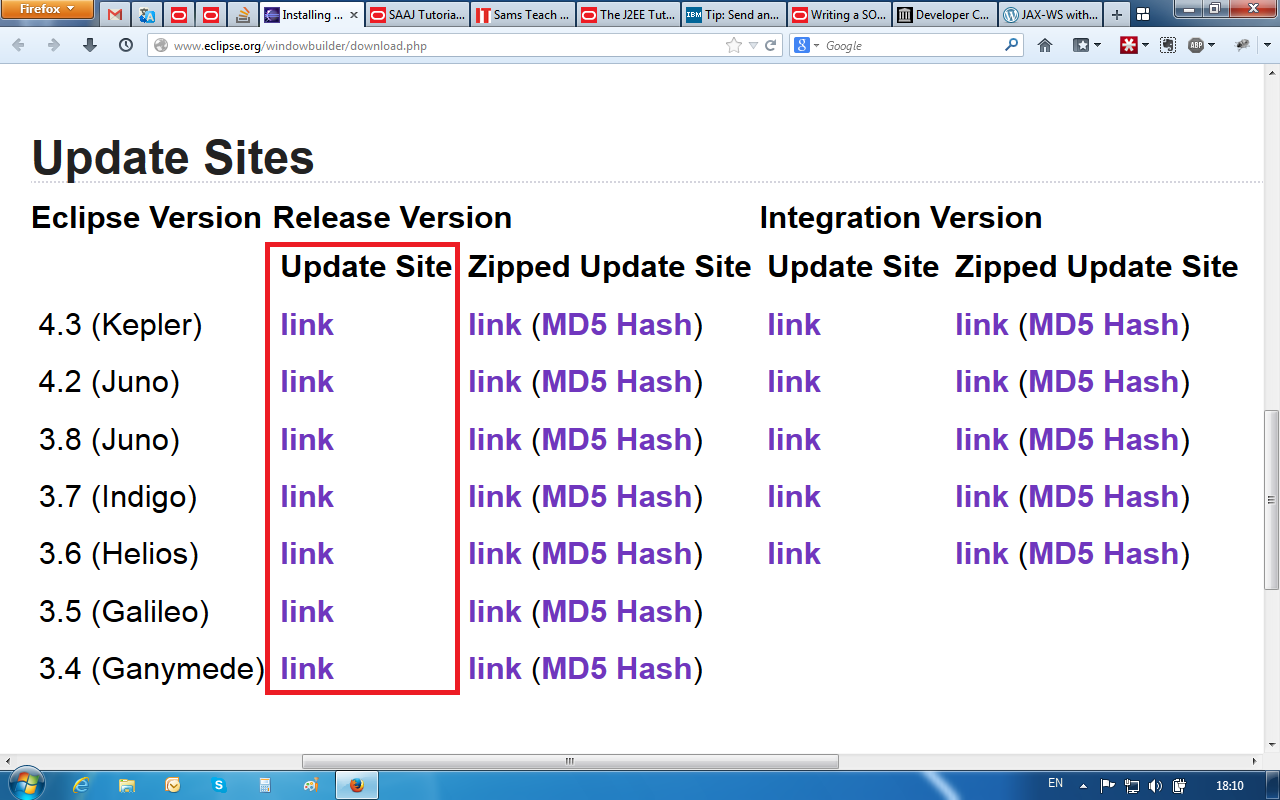 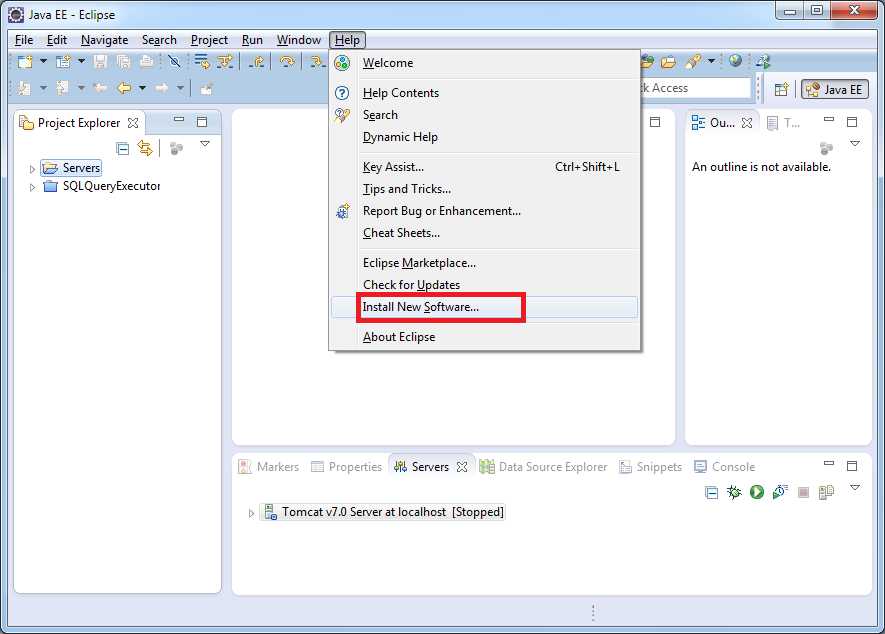 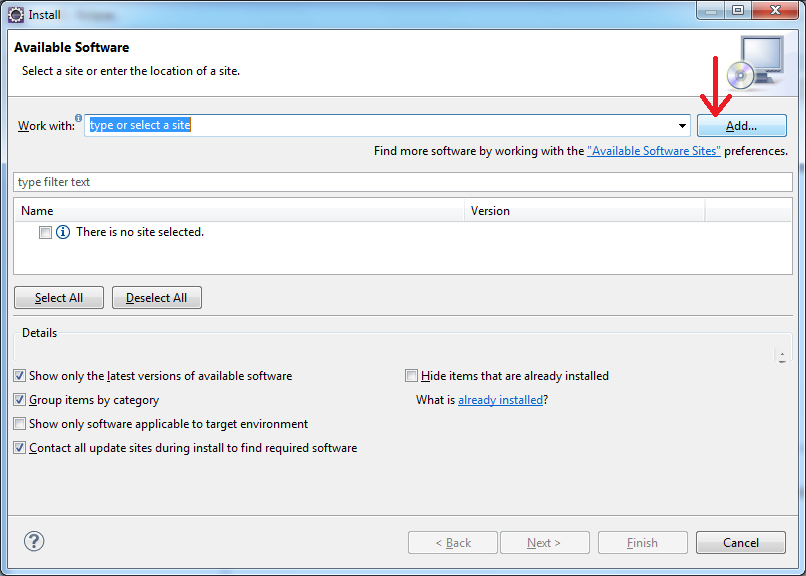 4) In the appeared dialog box, in the Name field write some descriptive name (like "WindowBuilder Pro") and paste the correct link (see step 1) in the Location field. After that click the OK button:

5) Select all the checkboxes that are going to appear, then click Next button and install WindowBuilder: 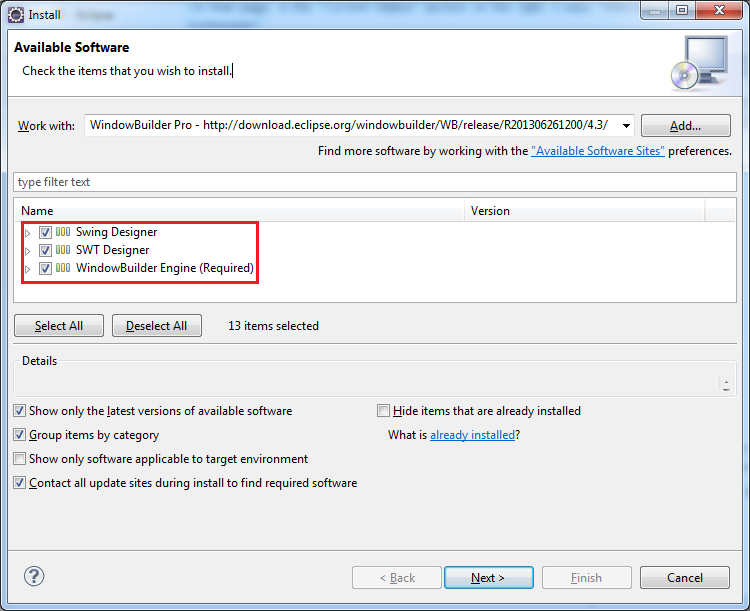 As for the better alternative, well, seems like WindowBuilder Pro is the most preferred: Best GUI designer for Eclipse?