I was following a tutorial found here:
https://www.linkedin.com/pulse/prepare-your-raspberry-pi-work-aws-iot-kay-lerch

I have not even begun the internet part of it as I was having issues with the circuit. I wired my circuit just like it is shown in this diagram below using my raspberry pi 3. 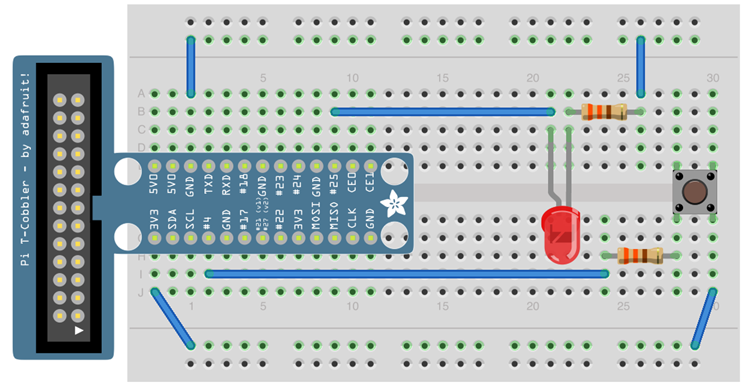 I then wrote the following python script as shown in the tutorial.

This should print out "Button Pushed" when I push the button but I get the following runtime error:

I have RPi.GPIO version 0.6.2 which is the latest version at the time o fthis post. I would appreciate any help that anyone can provide.

This page has a good example you might want to go through.