Performance issues with outer joins to view in Oracle 12c

Two of my clients have recently upgraded to

Oracle 12c 12.1.0.2
. Since the upgrade I am experiencing significant performance degradation on queries using views with outer joins. Below is an example of a simple query that runs in seconds on the old
Oracle 11g 11.2.0.2
database but takes several minutes on the new
12c
database. Even more perplexing, this query runs reasonably fast (but not as fast) on one of the
12c
databases, but not at all on the other. The performance is so bad on the one
12c
database that the reporting I've developed is unusable.

When I add the hint
/*+ NO_MERGE(pt) PUSH_PRED(pt) */
to the query on the
12c
database, then the performance is within seconds.

Adding a hint to the SQL is not an option within our
Crystal Reports
(at least I don't believe so and also there are several reports), so I am hoping we can figure out why performance is acceptable on one 12c database but not on the other.

My team and I are stumped at what to try next, and particularly why the response would be so different between the two
12c
databases. We have researched several articles on performance degradation in
12c
, but nothing appears particularly applicable to this specific issue. As an added note, queries using tables instead of views are returning results within an acceptable timeframe. Any insights or suggestions would be greatly appreciated. 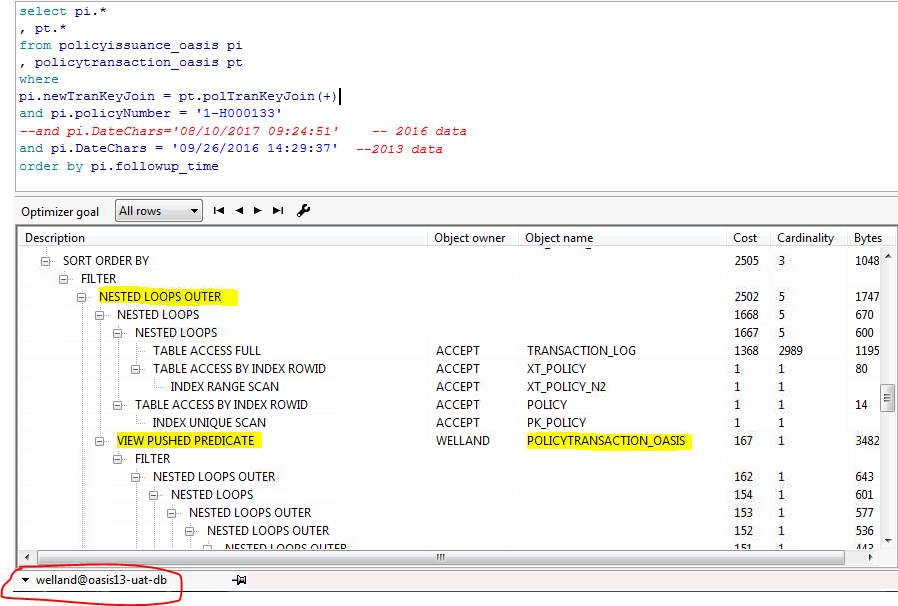 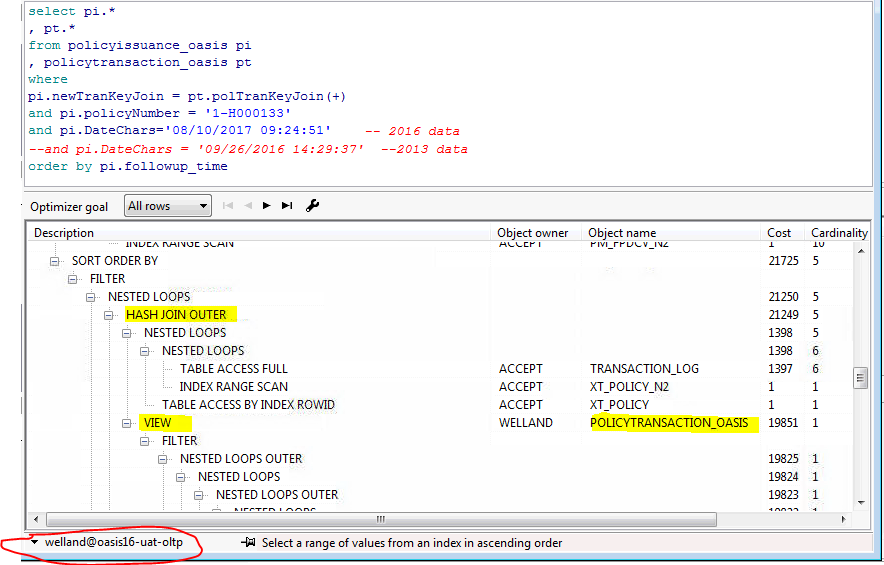 We discovered the cause of the performance issue. The following 2 system parameters were changed at the system level by the DBAs for the main application that uses our client's Oracle server:

When we changed them at the session level to the following, the query above that joins the 2 views returns results in less than 2 seconds:

Changing this parameter did not have an impact on performance:

We also found that changing the following parameter improved performance even more for our more complex views: