How to reproduce this moving distribution plot with R? 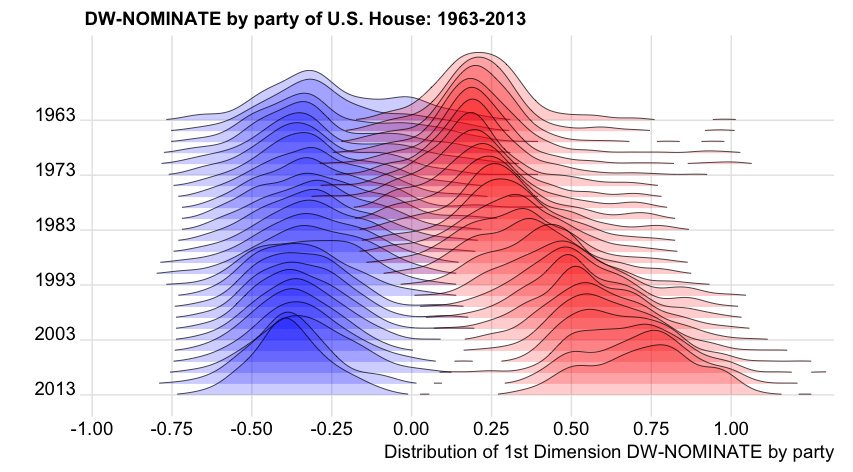 From this question: How to use 'facet' to create multiple density plot in GGPLOT I managed to use facets to reproduce a similar plot using dummy data: 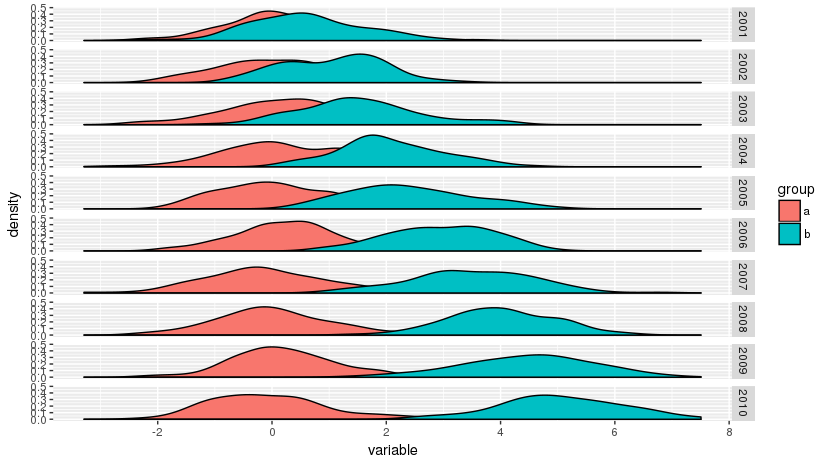 But I would like the distributions to overlap as in the original plot. Is there a specific name for such plots and is it possible to reproduce them with R?

[EDIT] A dynamic version of a similar plot is available in this global temperature distribution plot.

Update: the package used to created this plot is now named "ggridges".

You'll need the ggjoy package for this. Here's a rough version that needs some tidying up: 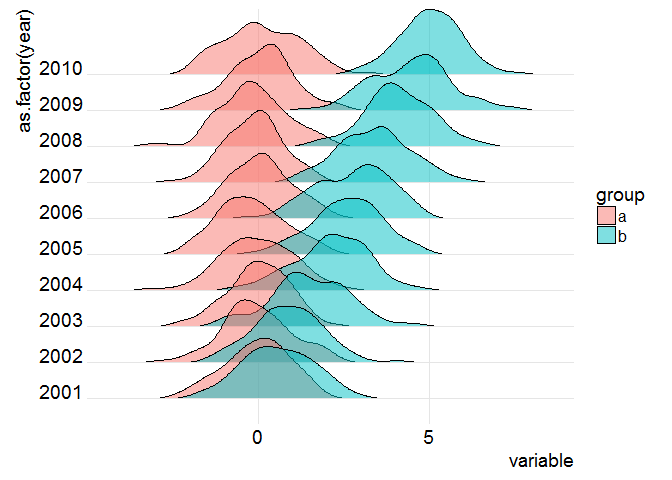 Email codedump link for How to reproduce this moving distribution plot with R?