Im using earnshark_sdk 0.2.0 ruby gem in my app, and now i would like to use the latest version 0.2.1. So i tried doing the following

I did a
bundler update


Since the app is dockerized, i tried going inside the container and removing the old version and installed the new one.

When i
docker-compose up
it gives 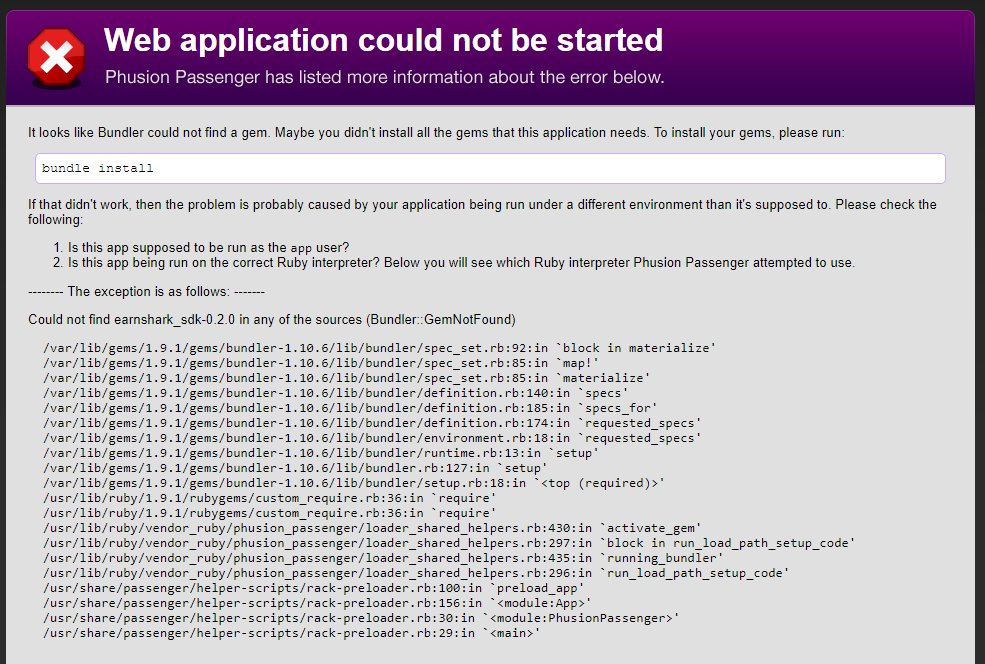 I'm new to both ruby and docker, any suggestion would be welcomed.

Answering my own question,

My docker container was not able to detect my gemfile, by defining a default path for the the gemfile in the compose I was able to fix this.

Added a volume mount in docker-compose.yml