I asked this in a different question today but I'm afraid that won't get any solution because of how it was phrased.

I have a json input that has the following data: 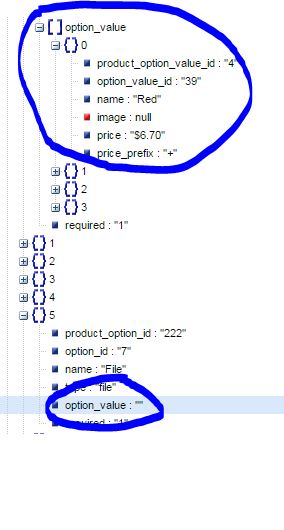 As you can see, the option_value item is an Array in one object and a simple string in another object.

How can I make Gson handle this properly? My class has this described as a List object, so it works for the first few items where option_value is an array, but when it becomes a string, the app crashes and I get a json parse exception.

Is there a workaround for this?

Adding the relevant part of my class as requested:

I have a solution for you :) For this purpose we should use custom deserializer. Remake your class like this:

Before we can let gson parse json, we should register our custom deserializer: