Angular app on Azure Web app fails with "The resource you are looking for has been removed, had its name changed, or is temporarily unavailable."

I just published an Angular app to Azure Web Apps, after confirming general operation locally. However, I now get the following error (HTTP Error 404.0 - Not Found), specifically the D:\home\site\wwwroot\bin\www file:

However, using the Kudu tools, I can see that the file is indeed there: 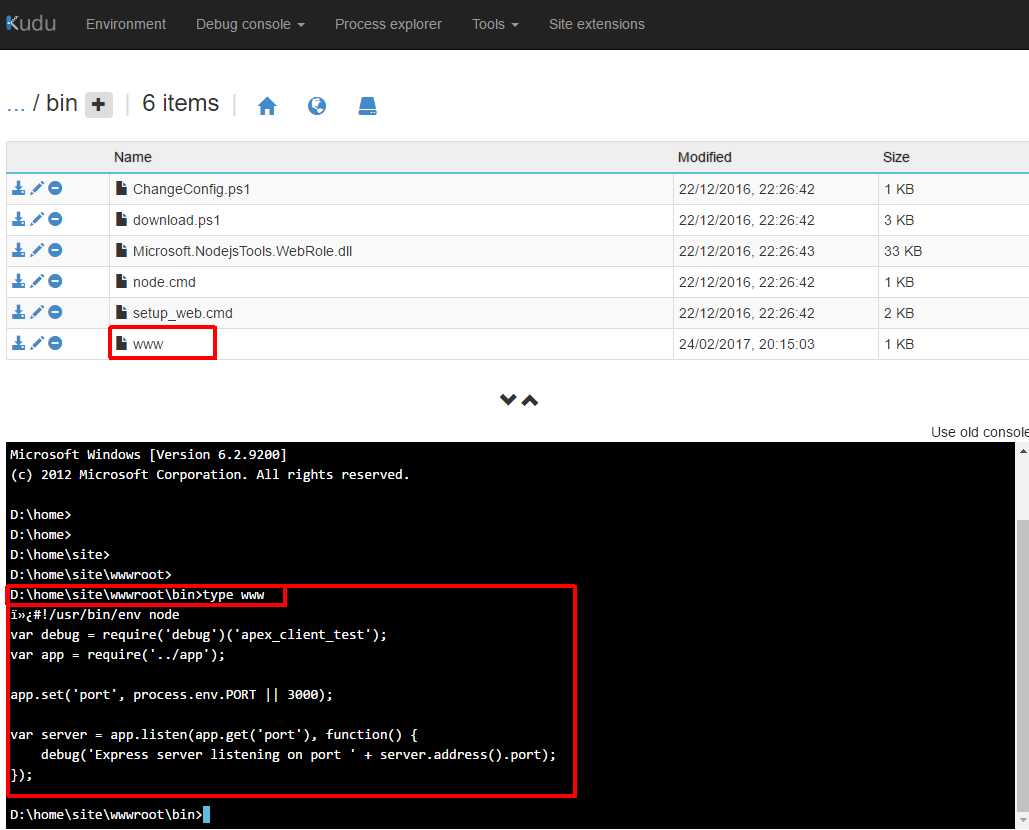 What could cause this error?

The 404.0 Error on bin\www was a bit of a misdirection. After putting a console.log in the www file and watching output, I found out that indeed bin\www was being called properly. The problem was further in and related to the serving of static content, initially the index.html file.

I was previously using the following to serve up index.html:

For some reason, while this worked locally, this didn't work once published to Azure Web App. So I decided to use a method that had worked for others. First I moved index.html to /public, and then used express.static:

It should also be noted, that the associated web.config file must also have information related to the static content, for example: How to enable static files (and less support) when hosting a nodejs app within IIS using IISNode

Email codedump link forAngular app on Azure Web app fails with &quot;The resource you are looking for has been removed, had its name changed, or is temporarily unavailable.&quot;