What is the difference between iPhone Simulator and Android emulator? I have heard people saying that Emulator really emulates the target device which is not true in case of simulator.

I think Android emulator mimics the processing speed of the target device, the memory usage, but a simulator does not emulate the device.

Disclaimer: I'm only an iPhone developer, not an Android developer.

Apple always harps on the importance of device testing because iPhone Simulator does not emulate an iPhone processor, disk drive, memory constraints and whatnot. You hardly ever get memory warnings unless your Mac is struggling to manage resources itself, unless you simulate (again) memory warnings from the Simulator's menu item.

In fact, if you go to Settings > General > About, you'll see that the Simulator's disk capacity is the same as the filesystem of the Mac it's installed on: 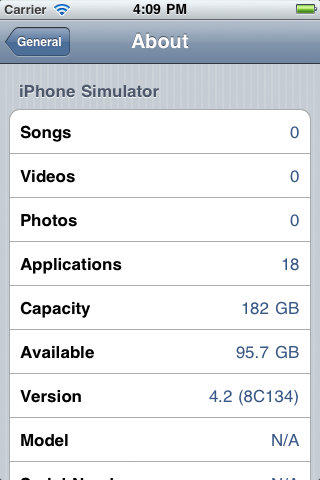