How to gather information from user input and apply it elsewhere

Hi I am new to programming and I am trying to write a code that will gather information from the input and determine if it is a valid alphabet.

This is my code so far

This is how I want my program to work 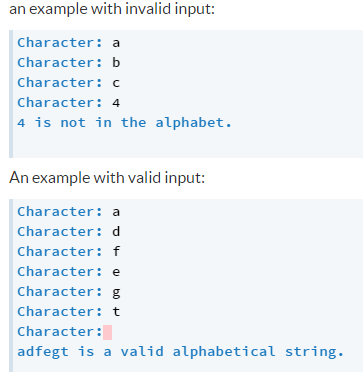 Use str.isalpha() It is gives only true if all characters in the string are letters.