What are the disadvantage(s) of using HTTP pipelining? 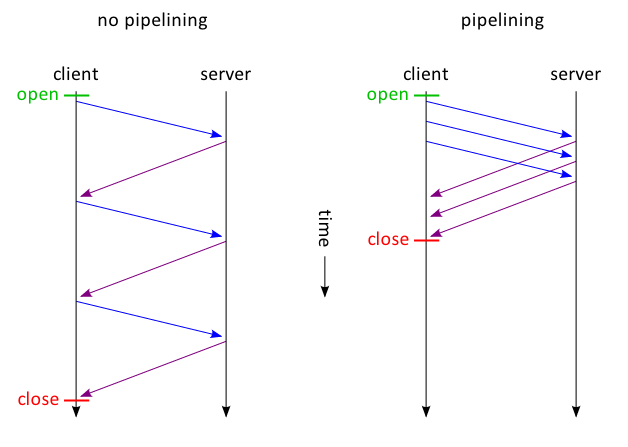 For pipelining to work, responses must come back in the order they were requested. A naive server implementation might just send the response as soon as it has been calculated. If multiple requests are sent in parallel, and the first request one takes longer to process (e.g. processing a larger image), then the responses will be out of order.

This is a problem for the client since HTTP is a stateless protocol, the client has no way to match the requests with the responses. It is reliant on the order the responses came back in.

A server MUST send its responses to those requests in the same order that the requests were received.

Even if the server does properly support pipelining, performance issues can arise because all subsequent requests have to wait for the first one to be complete (Head of Line blocking).

So in summary the issues with HTTP pipelining are: