Sorting a ggplot axis' factor according to another factor's levels

I have successfully created a boxplot that displays the score of several neighborhoods of a city and have coloured them according to the district they belong to. The result looks like this: 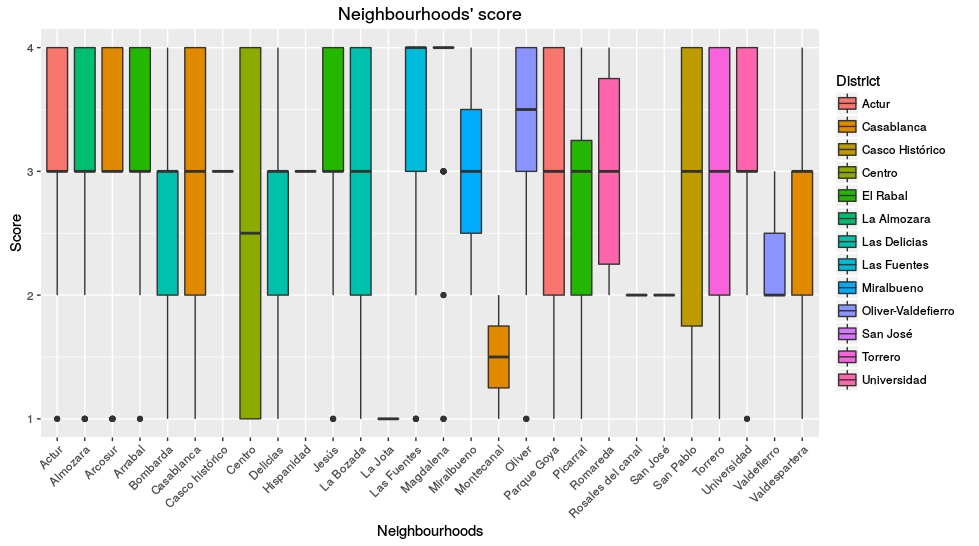 I've read that I could use
factor
to relevel the values on
neighbourhood
column, but haven't succeeded with that since the vector lenght is different (there are less districts than neighbourhoods)

I like the facet idea in Ulrik's answer - that will probably be the nicest visualization. To order the factor levels of the neighbourhood column the easiest way is probably like this:

After the levels are in the order you want, the axis will follow.

Email codedump link for Sorting a ggplot axis&#39; factor according to another factor&#39;s levels