1) I've modified the config/routes.rb file to look as follows:

2) In db/migrate, there is a "_create_articles.rb" which I've modified to the following:

In the console, I've defined several instances of the "Article" class, assigned "title" and "body" attributes, and saved them, which I confirmed by calling "Article.all" in the console:

I've also started the Rails server using the "rails server" command in project directory. However, if I go to localhost:3000 I still see the "Welcome aboard" screen (shown below), whereas I would expect at this point to see an error message "Unknown action - The action 'index' could not be found for ArticlesController".

In fact, I have been at this point before in the tutorial, but I've since closed everything and reopened it, and now I no longer see the website I expect, or any error message. Any ideas what could be amiss? 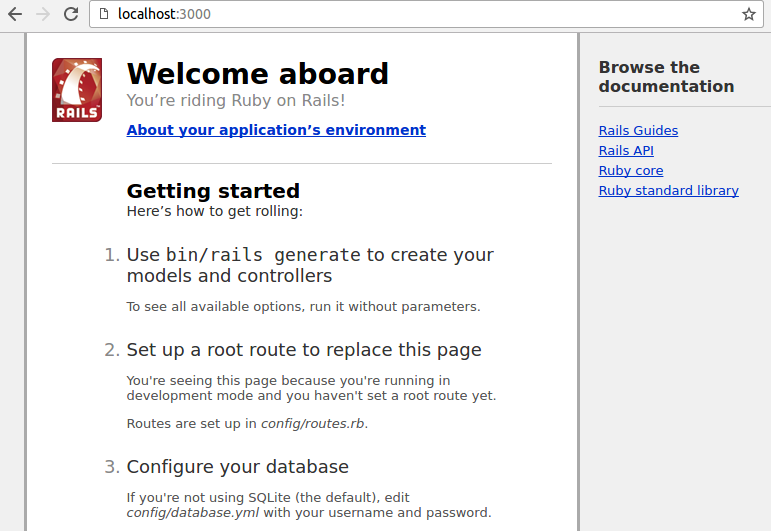 You need to set a root page in your routes.rb file to get rid of that page in development environment.